Two paramedics robbed at gunpoint in Nyanga while on duty

Two paramedics robbed at gunpoint in Nyanga while on duty

Cape Town – Earlier on Friday morning, two paramedics of the Western Cape’s Emergency Medical Services (EMS) were attacked while responding to a call in Nyanga.

Western Cape Health Department spokesperson, Byron La Hoe said: “They were robbed at gunpoint and their belongings were stolen. No one was injured in the attack, which occurred after 7:00.

“The officials (1 male, 1 female) have since opened a case at the Nyanga Police Station and the circumstances are being investigated.”

As a result of the attack, the health department said that New Cross Roads and Phillipi have been declared red zones for the next 24 hours. This could result in delays as EMS personnel cannot enter these areas without a police escort.

The provincial health department has condemned the attack on EMS personnel as “such incidents are having a devastating effect on emergency healthcare services”.

“Often these attacks take place in the extremely vulnerable communities where emergency services are most needed.

“We urge all our residents to protect EMS personnel while they are rendering this very important service. Please report it to the nearest local authority should you witness anything,” La Hoe said. 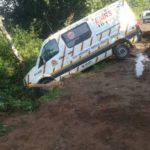 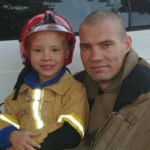